This is a hijack, nothing more, nothing less. What is happening on Parliament Hill thanks to Canada’s opposition parties is exactly that, a hijack, is there a political anti-terrorism squad to call?

The spectre of the three-headed hydra of Stephane Dion, Jack Layton and Gilles Duceppe taking power in Ottawa continues to grow thanks to a recent agreement they signed. The Dec. 8 confidence vote, if Prime Minister Stephen Harper does not prorogue parliament, will be a low day for Canadian democracy. This hydra is feasting on our democracy.

Let’s set one thing straight for the sake of this rant. I have never voted for a Progressive Conservative candidate. There have been Tory politicians I admired for their tactical acumen but as far as party ethos goes, I am about as far away from what a Tory party stands for as you can get. However, what is happening right now in Ottawa stinks.

This is a power grab because Harper continued his bully ways by trying to cut public funding of parties. This coalition is hiding behind the veil of the economic slowdown in order to steal power they could not legitimately secure in the last two federal elections.

Let’s look closely at how crazy the make up of this coalition is:

–         Stephan Dion would be installed as prime minister if the coalition takes power. The very same Dion who led the Liberals to having their heads handed to them on a zero carbon footprint platter. A man whose leadership during the campaign was being questioned by his very own party supporters. A man who a majority of Canadians did not believe in enough to lead the country and his party is set to replace in May 2009.

–         This coalition does not represent how the majority of Canadians voted in the recent federal election. You cannot count on the Bloc Quebecois numbers because they are skewed, having run candidates only in Quebec, they are not a national party…what are they again…oh yes, a separatist party. The Liberals and NDP will assume power thanks to the backing of a separatist party. You combine just Liberal and NDP election results and a majority of Canadians still did not choose them to govern.

–         A weak Liberal party being propped up by the separatist Bloc. How will this help the future aspirations of the Liberal party ever registering a heart beat again in that province? This is a province where voters turn to the Conservatives before the Liberals as their distant second choice behind the Bloc.

There is nothing constitutionally wrong with what the opposition leaders are trying to do but make no mistake, it is greed and power feeding this three-headed hydra and nothing else. How embarrassing. How sad. 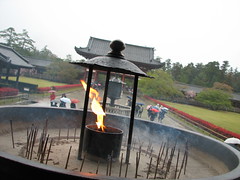 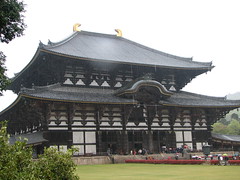